Trent DiGiuro was from Goshen, Kentucky and earned all-district honors at South Oldham High School. He enrolled at the University of Kentucky as a walk-on offensive lineman in 1991. Through hard work and perseverance, he began earning playing time in 1993 as the Wildcats advanced to the Peach Bowl. In the off-season, he posted the best bench press on the team and he finished 1994 spring practice as the starting right guard.

Trent earned a place on the 1993 Southeastern Conference All Academic Team. He epitomized the work ethic required to excel not only in sports, but in life.

Trent DiGiuro was shot and killed as he sat on his front porch, three days shy of his 21st birthday, on July 17, 1994. 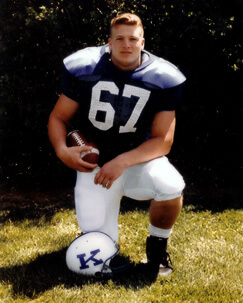 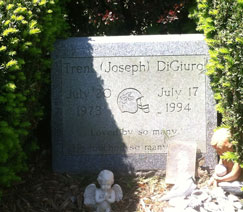 All proceeds are used to support scholarships at 3 high schools in Oldham County, and at the University of Kentucky.